While on exchange in Paris, we visited Versailles and the lunches that were packed for us were huge! This was the result. 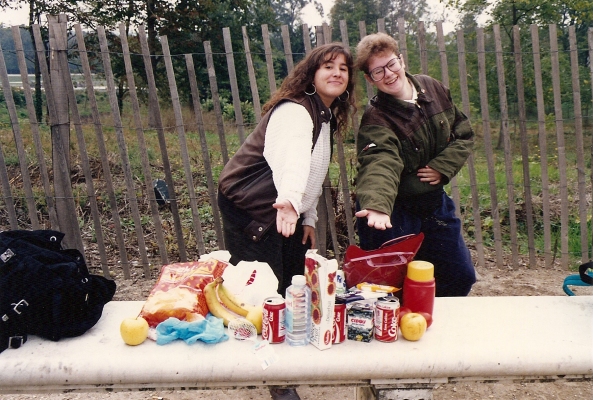 An abundance of food at Versailles, France

Oddly enough, I’m working my way through “Numb3rs” when I found this. I’ve been looking for it for a while, but here is the Fibonacci sequence (which was just mentioned in the episode I’m watching). It was taken at Beaubourg, the Museum of Modern Art in Paris, France during my exchange there in October of 1992. I was the only one in the group who actually knew what it was before they announced it. Thanks Dad.

I took this in CDG Airport in 2003 on my way to Mumbai, India. I was expecting to go through London on British Airways, but due to snow, Heathrow was completely shut down. I ended up returning to Paris for a very short time.

It may only be one, but this is Mont St. Michel. I took this trip at 18 years old to France on exchange with my high school. You can only get to it during the day when the tide is out. At night, the water comes in and you need a boat to get to it. 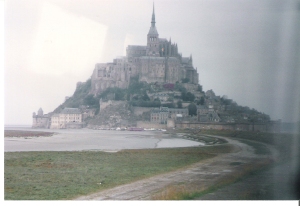 Mont Saint Michel taken in 1992 on my trip to France

Both of these were taken on a trip to Versailles in 1992 when I went on exchange with my high school. The photo that came with my blog (above) reminds me of that visit. 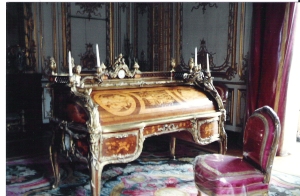 A desk that sits in Versailles, France taken in 1992

House that sits on the grounds at Versailles, France, taken in 1992